Our resident pop culture expert, Uwe Schütte, has reviewed a new publication for the influential German music magazine SPEX. The book, Damaged Goods, traces the history of punk in 150 albums, from the 1966 release of the Monks’ debut record to 2016 albums by Savages and Billy Childish.

A few weeks ago, we came across a curious storefront in the Birmingham city centre: German Doner Kebab offers what has long been one of the most traditional “buy at midnight on the way home from the bar” meals in many German cities, and it does a very good job of replicating that quintessentially German culinary experience of the Döner: toasted flatbread, a crispy mix of salad and onions, a tasty garlic sauce and well-seasoned meat – beef or chicken, or a mix of both. They’ve dropped the Umlaut, but they get the food right – and even promise that Börek and Kartoffelsalat are “coming soon”. The fresh ingredients and authentic taste come at a price, but if you want a genuine taste of a German classic, give it a try!

From next academic year, Aston is offering a new undergraduate programme which combines a BSc in German, French and/or Spanish with Qualified Teacher Status within four years. After graduation, successful graduates will be able to apply immediately for modern languages teaching positions in secondary schools without undertaking a PGCE. Like all other MFL degrees at Aston, the new programme includes a fully integrated period of study abroad with extensive preparation and support offered by Aston’s award-winning placement team.

To find out more about this exciting new option for MFL students, please click here.

On the occasion of the centenary of the Great War, the academic blog The Conversation has published a text by Aston Reader in German Dr Stefan Manz which provides a fascinating glimpse at an aspect of Britain’s involvement in World War I which has been largely forgotten, namely the large-scale internment of citizens from Germany and the multi-ethnic Austrian and Turkish empires who either lived in or were visiting the British Isles when war broke out in 1914.

In 1914, Britain stood at the forefront of organising one of the first civilian mass internment operations of the 20th century. 30,000 civilian German, Austrian and Turkish men who had been living or travelling in Britain in the summer of that year found themselves behind barbed wire, in many cases for the whole duration of World War I. Public opinion supported this, with headlines braying: “The entire country is in the grip of the German octopus”; and “The German Jew in this country was the lowest type of Hun”.

To read the article “Forgotten: Britain’s civilian mass prison camps from World War I”, please click on this link.

On the 10th of March, it was once again time for the Ánnual German Pub Quiz, the friendly competition between German students and staff from Aston University and the University of Birmingham who were both invited to participate in this test of knowledge about Germany, Austria and Switzerland.

This year, the quiz was hosted by the University of Birmingham. As in previous years, the questions were presented in English and German and provided excellent entertainment for everyone present.The questions ranged from history and music to politics and geography and much, much more. The friendly atmosphere, the nice location and the cheerful companions ensured a lovely evening, and we are already looking forward to next year’s quiz!

Here’s one of the tasks that quizzers were asked to complete this year:

The Gulbenkian Cinema, in collaboration with The German Department and German Society at the University of Kent, are hosting an exciting German Film Season from mid-November until Christmas.

The fall of the Iron Curtain in 1989 led to fundamental cultural and political re-alignments in the German-speaking world, unleashing a wave of cultural comment and creative activity. The 1990s and early twenty-first century saw a re-vitalisation of the film scene in both Germany and Austria, evident not only in highly acclaimed niche productions but also in a series of international box-office hits. Alongside preoccupation with the traumatic past (The Counterfeiters , The White Ribbon) German film turned to topics of migration and multiculturalism (The Edge of Heaven) and discovered a new sense of ironic humour (Good Bye, Lenin!).

On the 22nd of October, Uwe Schütte hosted a reading by the German author Alban Nikolai Herbst, followed by a discussion with the author, at the “Literaturhaus Stuttgart”. Alban Nikolai Herbst read excerpts from his latest novel Argo, the grand finale of his Anderswelt trilogy . Alban Nikolai Herbst is a renowned postmodern German writer and won the literary award “Fantastik Preis der Stadt Wetzlar” in 1999 for Thetis, the first book in this series.

The novel follows an author, Hans Deters, who writes a story about the East German Achilles Borkenbrok. The book deals with the DDR and its people, their fears and hopes, and manages to blend Homer’s Ulysses with our world. It challenges our world views, our perception of reality and guarantees a thrilling reading experience.

If you would like to find out more about Alban Nikolai Herbst and get an impression of his works, please visit the website of the Literaturhaus Stuttgart or visit the author’s blog. 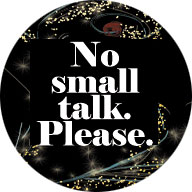 So, what are they really like, the Germans? Are they really as rude and impolite as the British stereotype would have us believe? And what about those early-bird German towels on sun-loungers? Does that mean the Germans don’t play fair?

Not so, according to academic research looking into national patterns of social interaction. Prof. Juliane House, of Hamburg University, for example, has studied how people interact in controlled situations and has found that where Brits use e.g. talking about the weather or about a person’s well-being as a “social lubricant”, the Germans tend to be more direct and to-the-point. Notably, the German language doesn’t even have a word for “small talk”!

These differences in what is perceived as social or polite behaviour have far-reaching consequences, not least in situations where German or British nationals are confronted with the other culture in both work and private settings. And the differences don’t stop there. Even in “A Bear called Paddington”, small talk between characters is usually cut in the German translation as these snippets of dialogue would sound alien and superfluous to German ears.

To find out more about these and related findings, go to the full article on the BBC News website.

After nationwide protests against the Department for Education’s plan to scrap the British Council’s Language Assistantship programme, the DfE has now decided to continue funding this 100-year-old scheme.

A big thank you to all of you who signed the online petition or petitioned your university or school to champion the programme!

The application deadline has been extended to mid-February 2011, so talk to your Placement Office if you want to experience an exciting year working at a primary or secondary school in Germany or Austria (or Spain, or France…)!

Universities will be severely affected by this too.

Today, German papers are full of reports about the cuts being made in various sectors of British industries and companies. The new savings package is one of the severest ever to be brought into action in the UK and estimates anticipate up to 490,000 jobs to be cut in the near future.

The fact that university fees could increase to up to 10,000£ a year are of interest to German newspapers as well. It is not only British students who will struggle with being able to afford higher tuition fees, but German students also. A lot of them want to study in the UK for a while but now have to think twice about going abroad because of higher financial strains.

Many students will have to go through enormous efforts to afford university, and elite universities such as Cambridge or Oxford will be able to easily demand more than 10,000£. People are already talking about an Americanization of British universities and many are very dismissive of the cuts being made, especially in the education sector. What do you think about the new reforms? Is it fair that universities will charge so much for what they have to offer?

You can read the latest articles about the government cuts here and here.